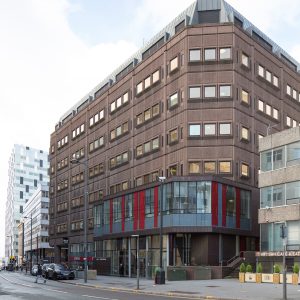 BDO TAKE SPACE WITHIN ONE TITHEBARN

BDO is opening a second office in Liverpool city centre creating space for an additional 150 staff.

Just 18 months ago and in a deal also negotiated by Worthington Owen, the firm took an additional 5,500 sq ft within No.5 Temple Street. BDO is keen to recruit more at its new office at One Tithebarn with takes its total office space to 25,000 sq ft.

It moves into the building, on the corner of Tithebarn Street and Old Hall Street, in October and says it has developed strong links with universities in the city and wider region to support recruitment as the business grows.

Ed Dwan, partner at BDO in the North West said: “The growth of the team in Liverpool is reflective of the successful year we’ve had as a firm. We announced a merger with Moore Stephens creating a larger and stronger business and we’ve seen strong organic growth in the region. We are committed to Liverpool because of the quality of talent and businesses based here.”

Worthington Owen acted on behalf of the landlord of One Tithebarn in this new deal.