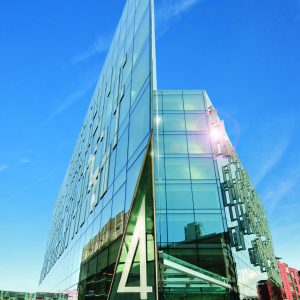 Worthington Owen has recently completed the letting of 23,000 sq ft within No.4 St Paul’s Square to co-working operator Avenue HQ.

The operator already has a base at Mann Island and will open its third UK site at St Paul’s Square early next year, with fit-out due to get under way in the coming weeks.

Avenue HQ, which also has a site in Leeds, has taken the ground and first floors at the building which they will operate as hot desking, private offices, and a café.

Matthew Kennedy, chief executive of Avenue HQ said: “Mann Island is at capacity, so to have a second facility in the centre of the commercial district will now allow us to bring many more people into the Avenue HQ community.

“Our existing Mann Island site has enabled this for hundreds of businesses, and we look forward to this continuing at St Paul’s Square.”

Avenue HQ will join other occupiers including Pegasus Group, CBRE, GVA, Santander, and Mercers at the office, which is owned by Aberdeen Asset Management and totals 107,000 sq ft. The building was sold by English Cities Fund to AAM in July last year for £18.7m.

“This letting is a real coup for No4 St Paul’s Square. Avenue HQ is the number one co-working space in Liverpool and so this letting reaffirms No 4 St Paul’s status as the most dynamic business hub in Liverpool city centre. The building is already home to a number of fast-growing businesses including MSB Solicitors and Gas Tag. We look forward to welcoming Avenue HQ and its tenants and we will sure they will thrive at this fantastic location.”